During the late 1960s, a group of young designers, artists and architects began a conversation that resulted in broadsheets, drawings, exhibits and other design related work. Their intent was to find others who shared their enthusiasm for diversity and an eclectic appreciation of that diversity. This is a review of the drawings, photos, models, art and design work they pursued and some of their work since the first broadsheets appeared. Read more from an interview of one of the participants, Ron Williams.


As they began to pursue their careers as artists and architects they pulled back from the publications. They continued to develop their ideas, occasionally showing work in competitions and galleries and using some of the techniques they had developed to illustrate the work of other architects and designers.

The sequence of broadsheets: Black and Yellow, the Calendar, 28 hour day postcard, Electronyx B&W, the Williams/Redson B & W, and last, the Energy Certificate. The 28 Hour day postcard is missing. The first ONYX broadsheet was mailed to friends, acquaintances, people who might be interested and plastered on walls around the SOHO neighborhood of New York City. The images on the upper half of the sheet hinted at the 6 Foot House projects and the Daily Earth Chronicle by Ron Williams and Patrick Redson and on the lower section, a house project by Woody Rainey. The projects were in development and the beginning of a conversation about the practical limits of architectural space. The sheet was 22" x 34", printed on glossy stock. 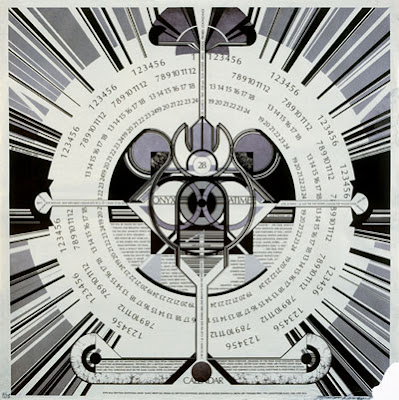 Woody Rainey's calendar based on the sleeping habits of Thomas Alva Edison. 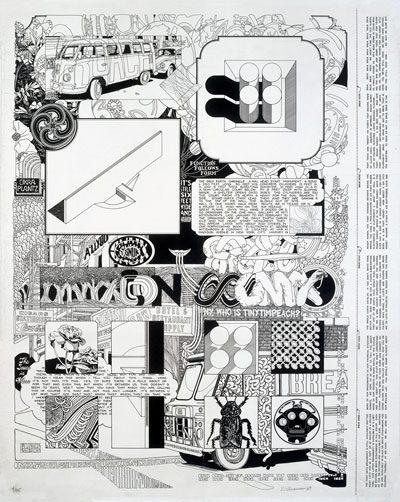 The second Williams/Redson broadsheet illustrated the Daily Earth Chronicle, the Head Start Monument, pattern studies (with the ellipses), a Mike Hinge robot portrait and a Woody Rainey spiral study. The other images were randomly assembled to maximize the use of paper space and in horror vacui. Hand colored copies exist. Preoccupation with certain insects was a recognition of the larger non human population of New York City. The sheet was 24" x 36" printed by offset on white, orange and green cover stock. 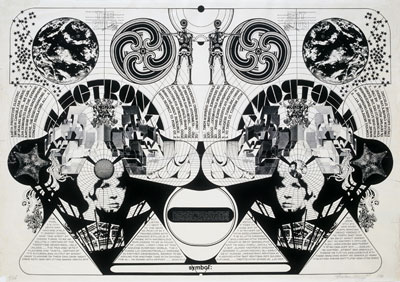 The B & W broadsheet 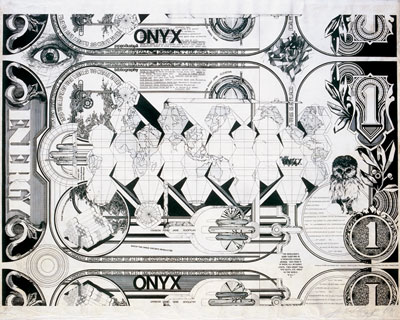 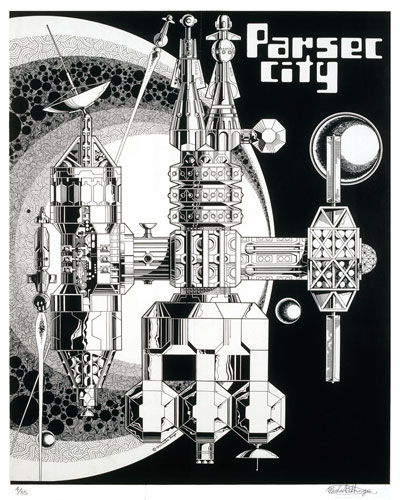 The late Mike Hinge worked with Ron Williams at Donald Deskey Associates designing graphics for exhibits the Deskey organization designed for the U.S. Information Service. His interests outside of work were futuristic and the outlet for his ideas was science fiction. He did many magazine and book covers for SciFi writers and publishers as well as for national publications like Time Magazine.